You can follow some of our adventures at the dog shows.
Come and meet us! 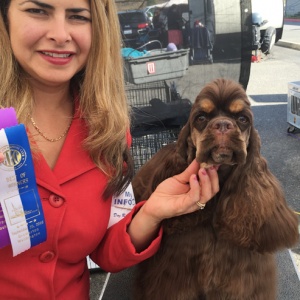 Gig Harbor KC, Bremerton, WA Hope is now CH Conquest's Ray of Hope. She is champion #4 for the litter, #6 overall produced by Neytiri! 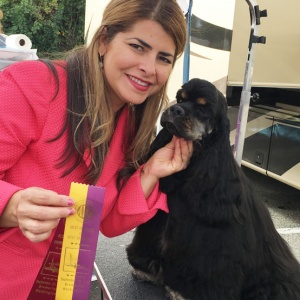 First Best of Variety for Thomas 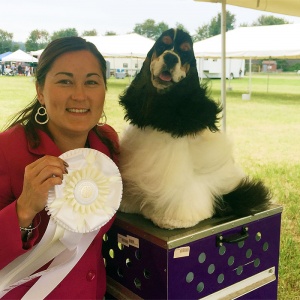 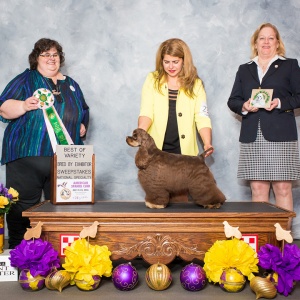 Fun at the 2016 ASC Cocker National

Dominic goes Best of Breed at the Fort Vancouver CSF Specialty at Canby, Oregon under Kathy Brock on June 24, 2016. Then in July goes on to win Group 2...

We have a black and tan 3 months old male available for a pet home. Expect to answer questions similar to the ones on the following questionnaire:

Otherwise, you may want to contact Cocker rescue to find the right cocker for you.

Our newest home bred is "Neytiri", was the #1 parti bitch in 2011, #4 parti and Westminster invitee. In 2012 Neytiri is the first Conquest home-bred Sporting Group Winner and was the #1 Parti in the USA. In 2013, Neytiri is the first Conquest's Best of Variety winner at the American Spaniel Club Flushing show and the first Best of Variety and Best opposite to Best of Breed winner at the ASC Cocker National. Also, Jason is the first boy bred by Conquest's to be awarded Select Dog at the 2013 Flushing show.