Conquest Cocker's first home bred champion! He has his sire side gait, a gorgeous head, long neck and smooth shoulders with lots of showmanship. Maverick was awarded Best in Futurity at the ASC Cocker National in Oklahoma City in July 2007. On November 15th, 2007, he finished his championship going WD/BW/BV over specials and was awarded a group 4 the same day. He was moved up the remaining three days of the cluster and won the variety 2 out of 3 days and was awarded a group #2 the last day. In January 2010, Maverick was awarder Best of Breed/Best in Specialty Show (BISS) at the Fort Vancouver Cocker Fanciers Specialty by Breeder/Judge and ASC Historian Wilma Parker with Stephanie Kaul at the other end of the lead. Maverick was selectively shown by Stacy Duncan and Mariecel Torres-Young at NW shows in 2010. Maverick is an AKC Grand Champion, and was invited to Westminster 2011 by being in the parti color top 5 breed winners for 2010. 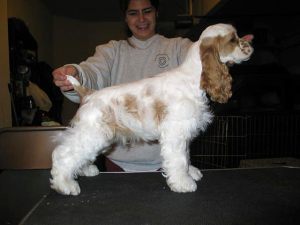 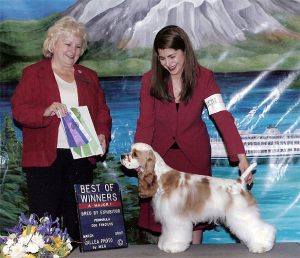 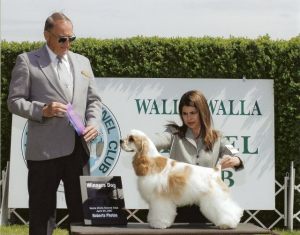 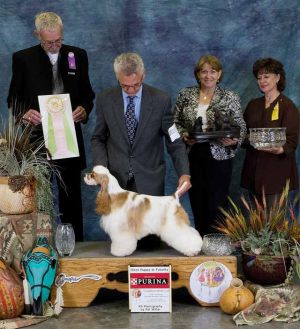 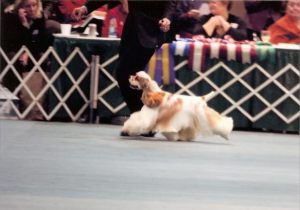 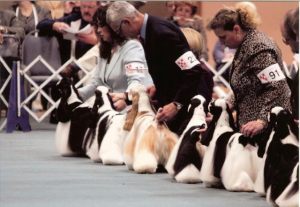 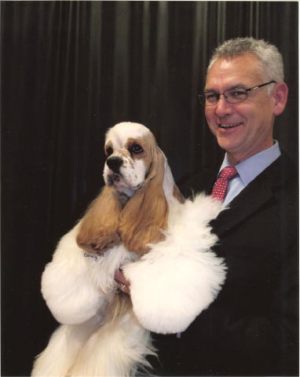 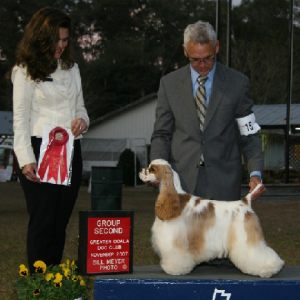 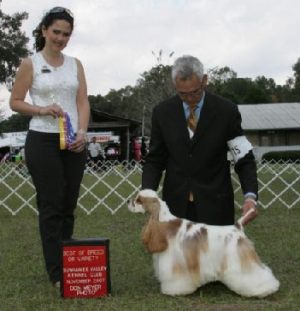 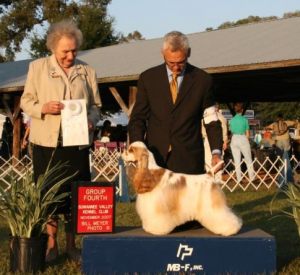 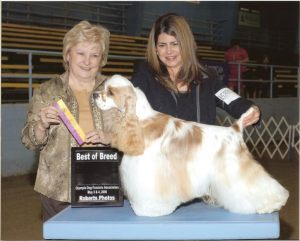 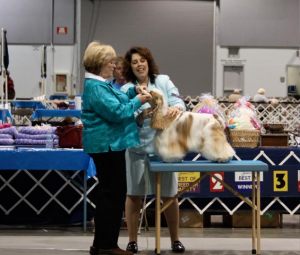 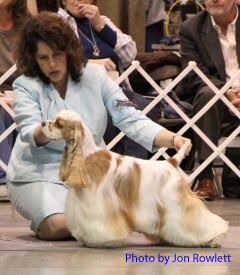 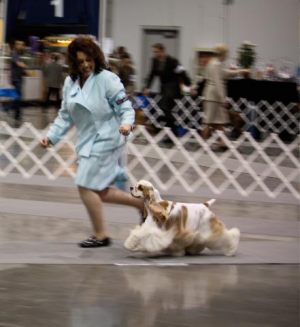 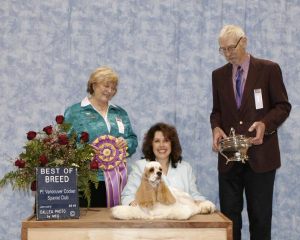 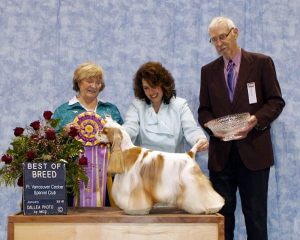 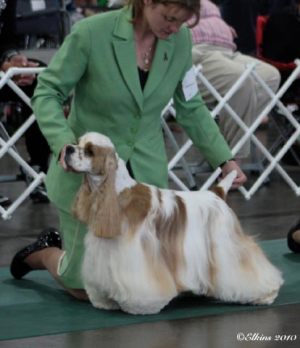 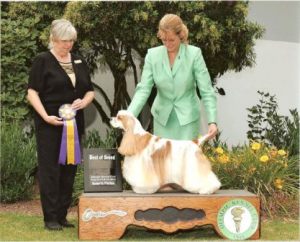 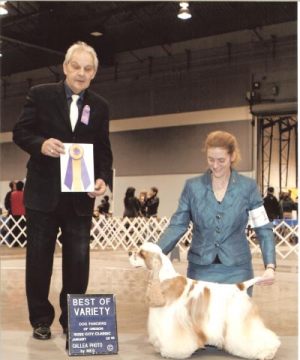 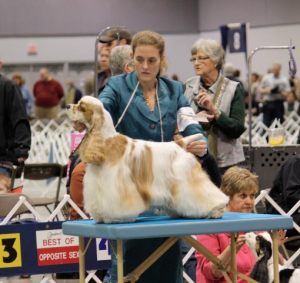 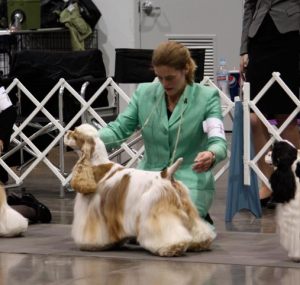 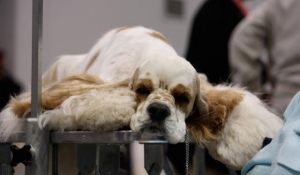 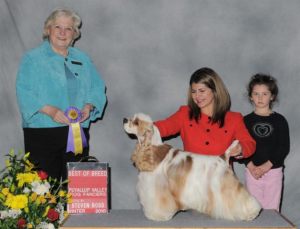