After spending 4 years away from dog shows, in January 2003 I attended the Fort Vancouver Cocker Spaniel Fanciers Specialty and decided I was ready to have a puppy tri-color bitch to show. I liked, and was recommended by Ed McCauley, the two top wining parti brothers at the time Ch. B-MAC Quick Draw McGraw, and BIS Ch. Luzana's Look N' Tri-If-Ic. I contacted Sharon Gerling to see if she had anything out of their sire, Ch. My-Ida-Ho Look N Gorgeous. A wonderful day in August 2003, Sharon called me up and said she had a tri color puppy bitch for me. Going over this puppy girl, which was about to turn 5 months old, was incredible. She had everything: front, shoulders, long neck, hard back, rock muscled rear and the gorgeous open markings I always loved in partis. When she moved, she had this wonderful reach and drive, and what a great attitude! I took her home that day. I named Trinity after her dam and sire, and had tons of fun handling her through her championship.

In January of 2005 Sharon went over Trinity, fully mature, and asked for me to give her a chance to win. Bryon and Marie Santos also believed in her potential so I sent her down to California to be campaigned by Marie. Trinity’s campaigning in 2005 was outstanding ending ranked the #1 parti bitch, #2 parti cocker all-breed, earned two all-breed Best In Shows and a Best In Specialty Show.

I’ve been blessed with mentoring from B. Joan Amelunxen (who introduced me to show cockers, their care and history in 1994), Ed McCauley, Cindy and Bill Mixon, Sharon Gerling and Emma Ross and with the friendship of many other wonderful people like Lorinda Goudy. To all of them: thank you for your guidance and your friendship. Trinity is that special cocker you’ve been telling me about all these years. 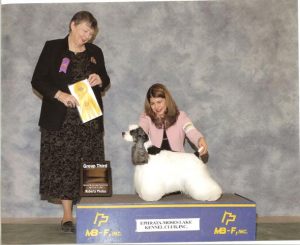 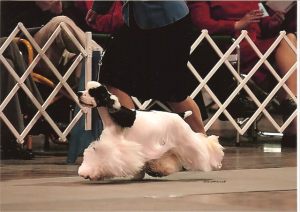 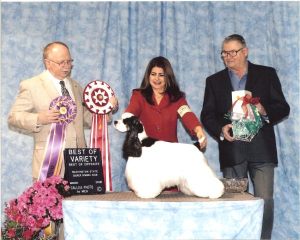 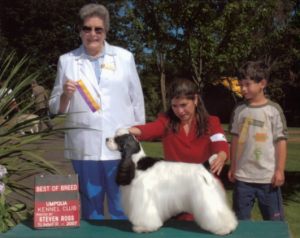 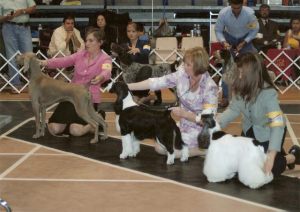 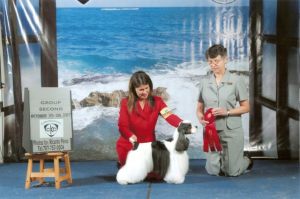 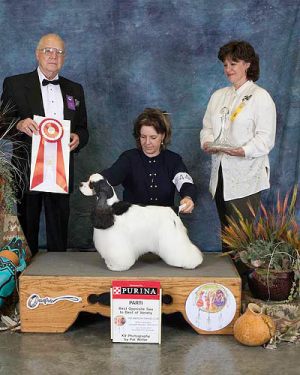 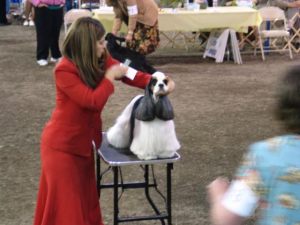 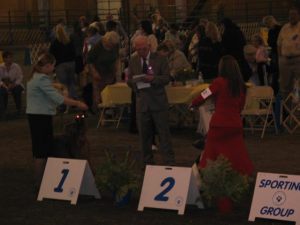 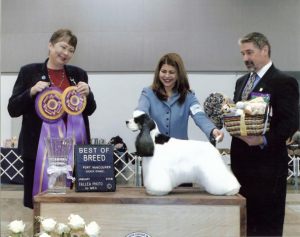 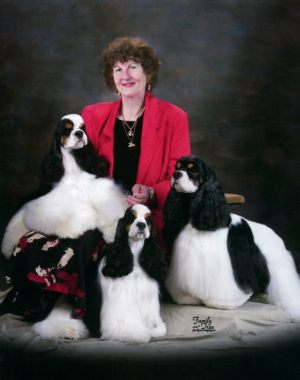 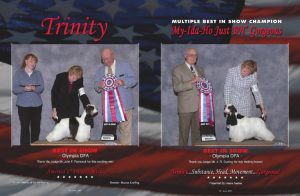 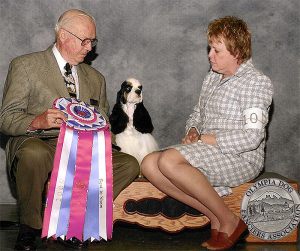 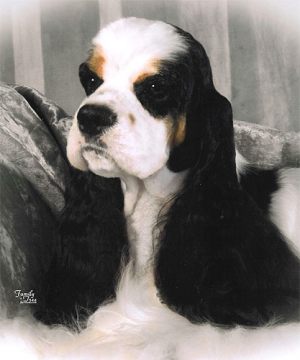 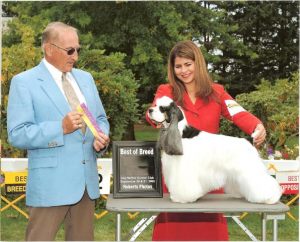 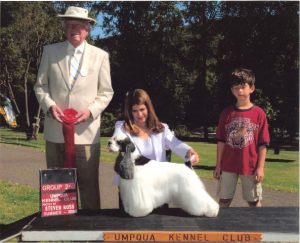 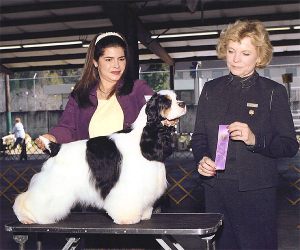 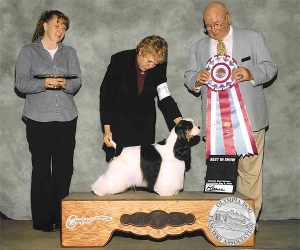 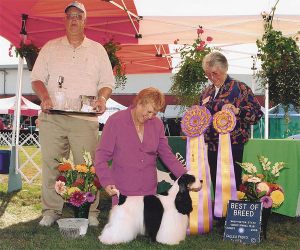 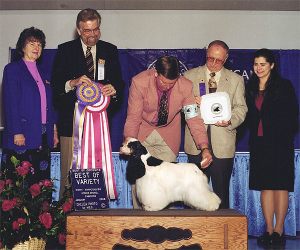 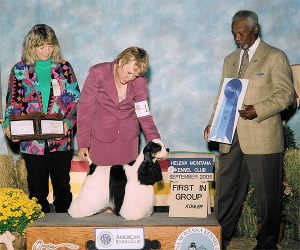 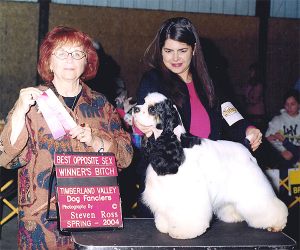 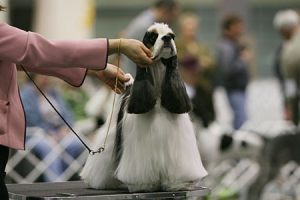 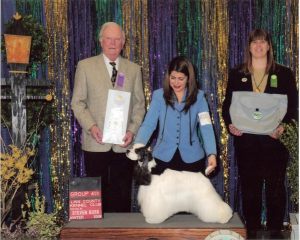 Trinity winning Best in Show in 2005.